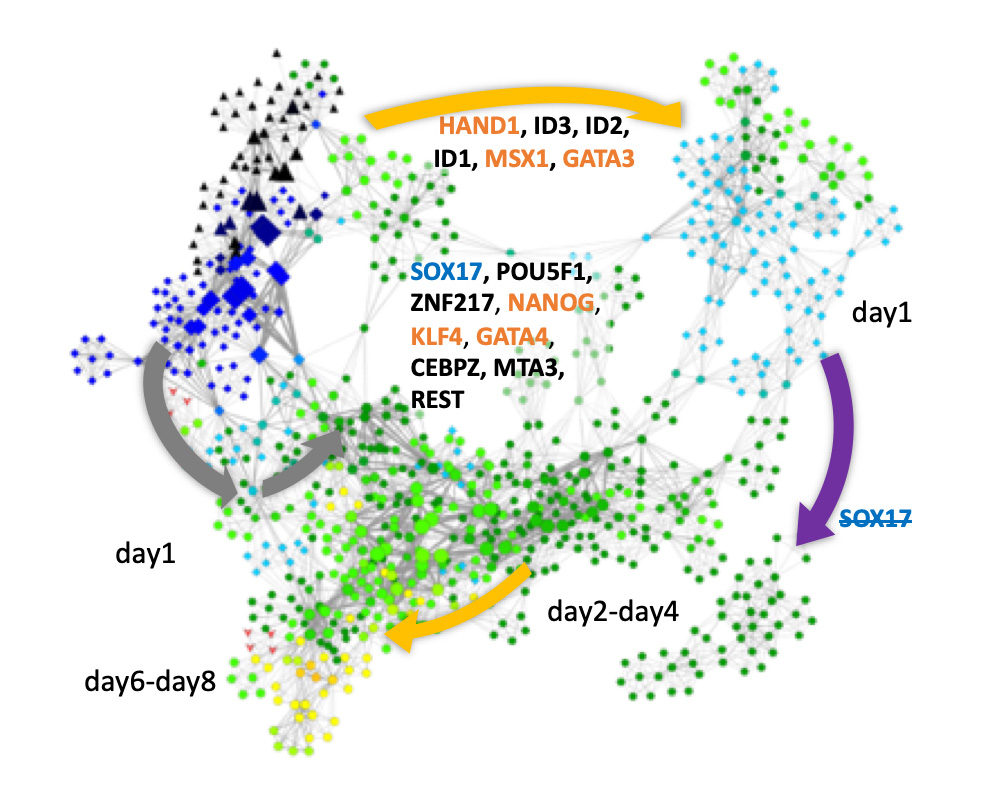 In mathematics group of ASHBi, we develop novel methodologies for analyzing multi-hierarchical and large scale omics data in multi-species and multi-cell types by using topological data analysis, dynamical systems, machine learnings etc. Based on these mathematical methods, we try to identify the principles of the emergence of species differences among humans, non-human primates, and rodents, allowing better extrapolation of the knowledge from model organisms to humans as well as providing insights into the principles for the creation of organismal diversity through evolution.
ASHBi realizes the interdisciplinary researches through tight cooperation among the mathematics group, life science groups, and the core for single-cell genome information analysis. In particular, 1) scientists in life science groups provide scientists in the mathematic group with intensive lectures for genome science and species differences, and establish a system for mathematical scientists to truly understand the cutting-edge knowledge and issues in life science; and 2) scientists in mathematical science train scientists in life science for advanced mathematical analyses and establish a system for life scientists to gain the capacity to develop new analytical methods and perform in depth analysis of the data. This system is critical to foster life scientists with capability for cutting-edge mathematical analysis. ASHBi also creates ample opportunities for specific problem-oriented discussions among postdocs and students, and for small-scale joint lab meetings to facilitate interdisciplinary science. 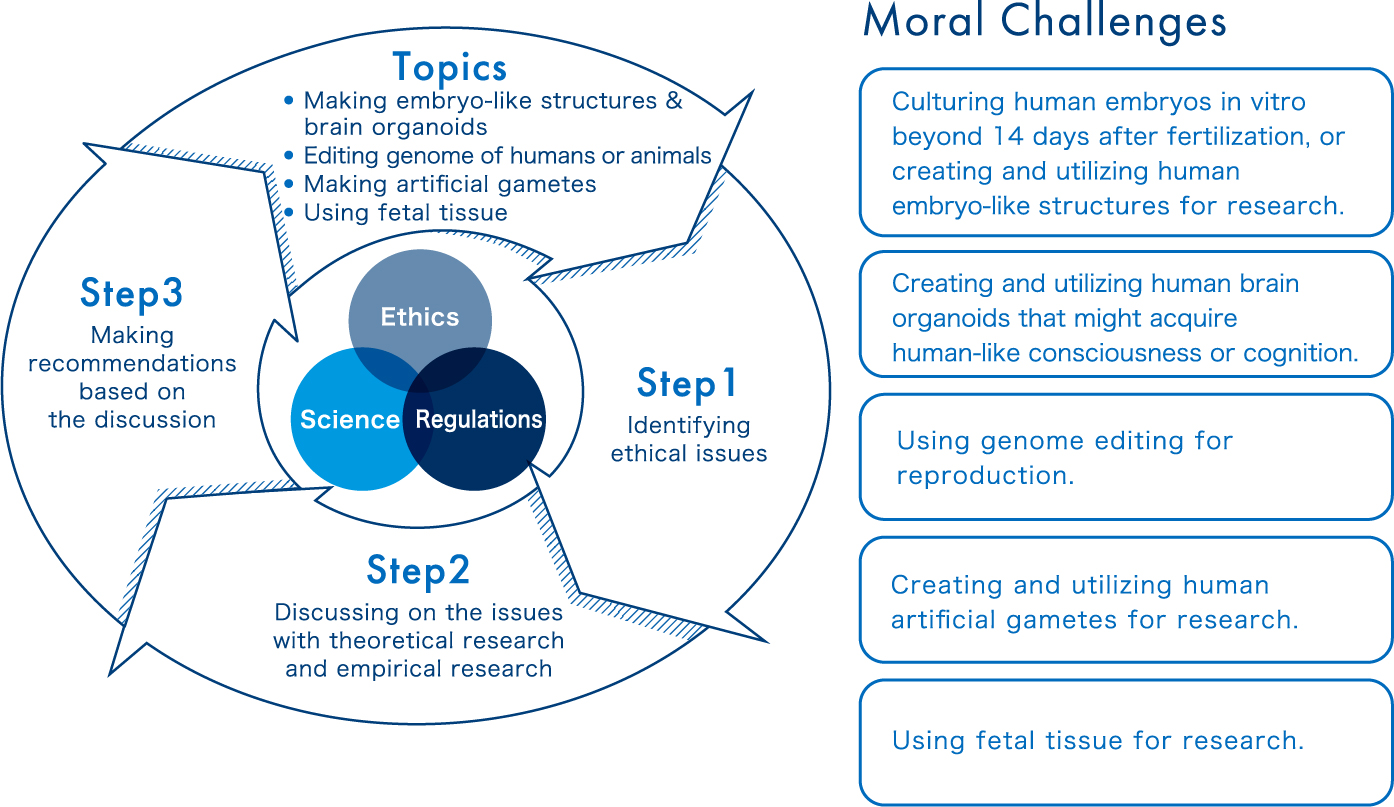 3 Steps for Making an Ethical Judgement

In recent years, research in early developmental biology, organoid technology, and genome editing technology have developed rapidly, and are expected to uncover novel scientific knowledge and possibilities for medical applications. At the same time, however, there have been vigorous debates over, whether it is morally acceptable to, for example, culture human embryos in vitro beyond 14 days after fertilization, to create and utilize human embryo-like structures for research, to create human brain organoids that might acquire human-like consciousness or cognition, and to use genome editing for reproduction. There is an urgent need for governments and societies to draw a line between ethically acceptable and unacceptable practices in these avenues of scientific research.
The Bioethics and Philosophy Group (Fujita Group), belonging to a world-class institute of natural sciences, is promoting international and interdisciplinary collaborations on the intersection of science and bioethics/philosophy. Specifically, we are conducting meta-analysis of various ethical debates, analytical philosophical reflections on these topics, and empirical research (questionnaire survey) to identify and clarify key ethical issues in each topic. Our overall objective is to provide ethical frameworks for research and clinical applications.
About ASHIBi
Research
Core Facility
Accelerating Research
News & Events Careers Archive