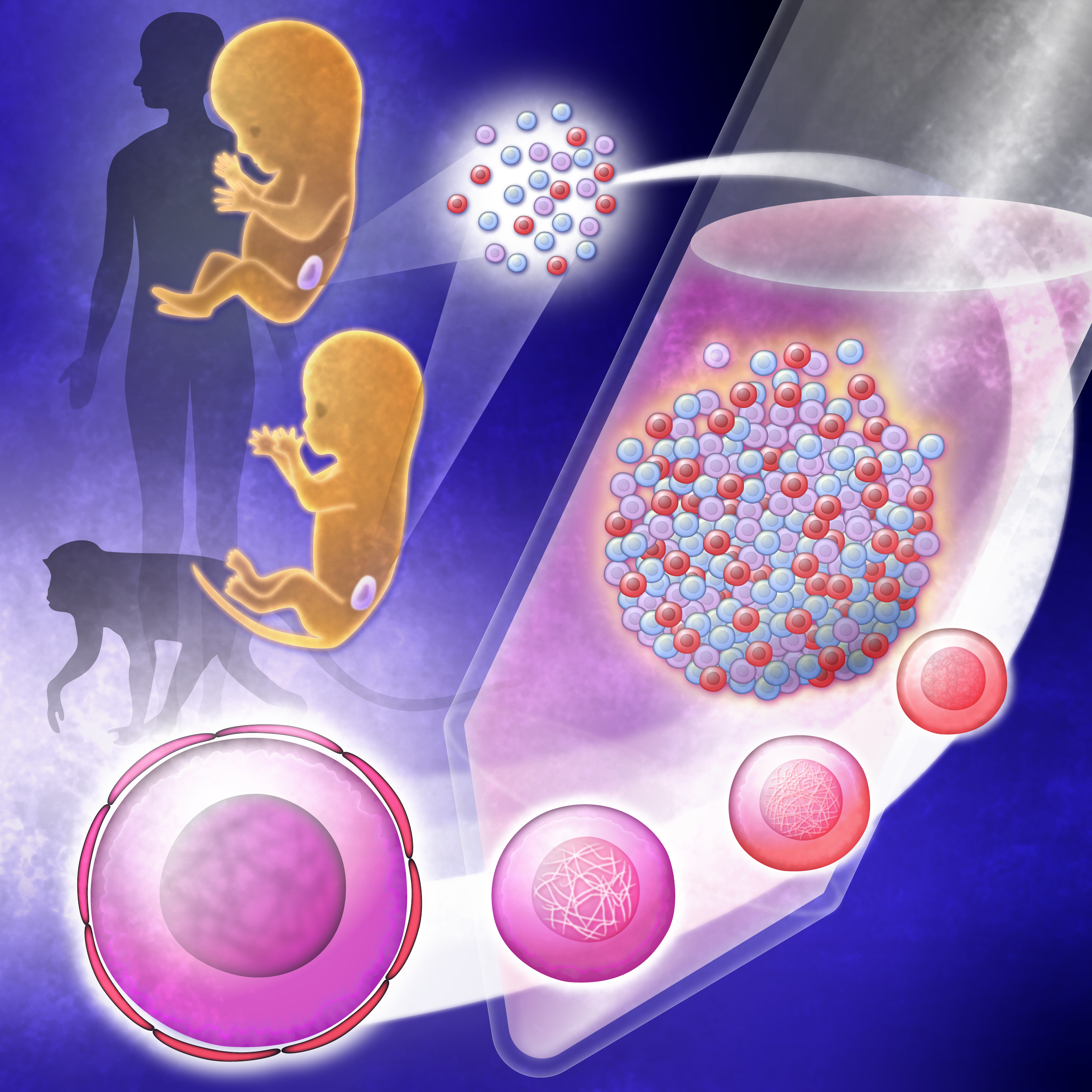 Preparing for a new baby can be a major upheaval for parents. But fortunately, most of the major biological groundwork for new life has already been completed much earlier in the parents’ lives, even before their own birth.

Stem cells in embryos have the ability to grow into any type of cell in the body, including some that become the ovaries and eggs in females. Scientists have already followed the steps of mouse stem cells as they undergo this transformation outside of the ovary in cell cultures. The last step involves the formation of oocytes, a type of cell that is close to becoming an egg ready to be fertilized.

But this sequence has yet to be completed from human stem cells.

Now, a research team at Kyoto University’s Institute for the Advanced Study of Human Biology (WPI-ASHBi) has developed a new way of culturing human fetal immature germ cells (oogonia) to form oocytes. Their findings, which may support a new understanding of diseases affecting fertility, were recently published in The EMBO Journal.

“Our efforts to encourage human oogonia to differentiate into oocytes had been at an impasse as the transformations had failed to produce oocytes with primordial follicles.” explains the lead author Ken Mizuta of Kyoto University’s ASHBi. “From mouse-studies, we knew that to drive this step, we needed to recreate an environment similar to that of a human ovary.”

To grow human oocytes, complete with a follicle, the team searched for appropriate conditions to make an artificial ovary that could support the full oocyte transformation in humans. They first screened for possible experimental conditions in cynomolgus monkeys, a relatively close relative of humans. After finding the right culture condition, the team was able to grow monkey oocyte-like cells in the laboratory. They next successfully applied the method to make human oocytes.

With the new methods in hand, the team used microscope imaging and measures of DNA and RNA activities in the transforming cells to examine changes as the oogonia became oocytes.

This allowed the team to compare the similarities and differences of this important life process over the three different species: mouse, monkey, and human. They found that although many of the essential controlling mechanisms were similar, certain genes important for directing development were expressed only in humans and monkeys.

ASHBi director Mitinori Saitou who led the group concludes, “I hope this research will accelerate elucidation of the mechanisms of oocyte development in primates, including humans. This, in turn, will lead to a better understanding of germ cell-related diseases, which will spur the development of new treatment methods. Furthermore, this technique suggests the possibility of complete artificial reconstitution of human eggs from human stem cells. Potential ethical implications and their benefits of this technology to people must be carefully weighted and discussed.”