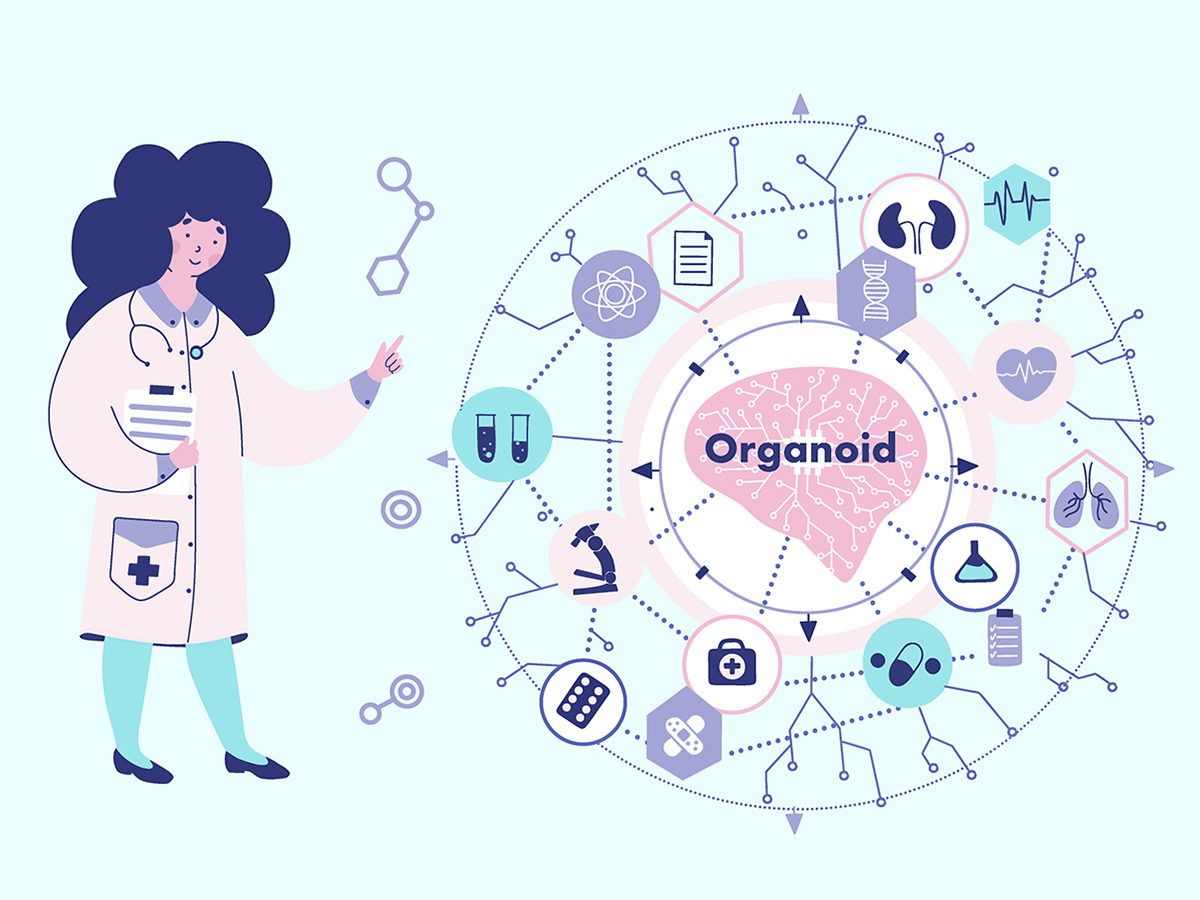 Society is not ready to make human brains

Stem cell research has allowed medicine to go places that were once science fiction. Using stem cells, scientists have manufactured heart cells, brain cells and other cell types that they are now transplanting into patients as a form of cell therapy. Eventually, the field anticipates the same will be possible with organs. A new paper written by a group of international researchers led by Tsutomu Sawai, an assistant professor at the Kyoto University Institute for the Advanced Study of Human Biology (ASHBi) and the Center for iPS Cell Research and Application (CiRA), explains the future ethical implications of this research with regards to brain organoids, a laboratory-made structure that is designed to grow and behave like the brain.

In just over ten years, a new word has entered the lexicon of stem cell science. “Organoids” describe organ-like structures that imitate how organs form in the body. By recapitulating normal development, organoids have proven to be invaluable tools for understanding not only how organs grow, but also how diseases develop. Organoids have been reported for an assortment of organs, including the liver, kidney and, most controversially, the brain, along with others.

The brain is considered the source of our consciousness. Therefore, if brain organoids do truly mimic the brain, they too should develop consciousness, which, as the paper states, brings all sorts of moral implications.

“Consciousness is a very difficult property to define. We do not have very good experimental techniques that confirm consciousness. But even if we cannot prove consciousness, we should set guidelines, because scientific advancements demand it,” said Sawai, who has spent several years writing about the ethics of brain organoid research.

Brain organoids have led to deep questions about consciousness. With some people imagining a future where our brains are uploaded and kept on the cloud well after our bodies die, organoids bring an opportunity to test consciousness and morality in artificial environments.

However, Sawai said there is a more pressing issue.

“One of the biggest problems is transplants. Should we put brain organoids into animals to observe how the brain behaves?”

Stem cell research has presented the possibility of growing xeno-organs. For example, researchers have had profound success at growing mouse pancreas in rat and vice versa, and similar research is expected to lead to human pancreas being grown in pigs. In principle, these animals would become organ farms that can be harvested and circumvent the long wait time for organ donors.

While growing whole human brains inside animals is not under any serious consideration, transplanting brain organoids could give crucial insight on how diseases like dementia or schizophrenia form and treatments to cure them.

“This is still too futuristic, but that does not mean we should wait to decide on ethical guidelines. The concern is not so much a biological humanization of the animal, which can happen with any organoid, but a moral humanization, which is exclusive to the brain,” said Sawai.

Other concerns, he added, include enhanced abilities – think Planet of the Apes. Furthermore, if the animal developed humanized traits, then treating it sub-humanely would violate human dignity, a core tenet of ethical practice.

The paper notes that some people do not consider these outcomes unethical. Enhanced abilities without a change in self-consciousness is equivalent to using a higher animal in experiments, like shifting from mouse to monkey. And a change in dignity does not mean a change to human dignity. Instead, the change could result in a new type of dignity.

Regardless, the authors believe that the possibility of unintended connections between the transplanted brain organoid to the animal brain deserves precautionary consideration.

The biggest concern regarding brain organoid transplantation, however, does not involve animals. There is good reason to believe that as research proceeds, the future will bring the possibility of transplanting these structures into patients who suffered from sudden trauma, stroke or other injury to the brain.

There are already a number of clinical trials that involve the transplantation of brain cells as a cell therapy in patients with such injury or neurodegenerative diseases. Sawai said that the ethics behind these therapies could act as a paradigm for brain organoids.

“Cell transplantations change the way brain cells function. If something goes wrong, we can’t just take them out and start over. But right now, cell transplantation is usually in just one location. Brain organoids would be expected to interact more deeply with the brain, risking more unexpected changes,” he believes.

In the end of 2018, the stem cell field was in uproar when a scientist announced that he had genetically engineered a human embryo that went to term. The actions of the scientist were in clear violation of international frameworks and resulted in his prison sentence.

To avoid a similar controversy and possible loss of public confidence in brain organoid research, the paper states explicitly that all stakeholders, including ethicists, policy-makers and scientists need to remain in constant communication about progress in this field.

“We need to regularly communicate with each other on scientific facts and their ethical, legal and social implications,” said Sawai.