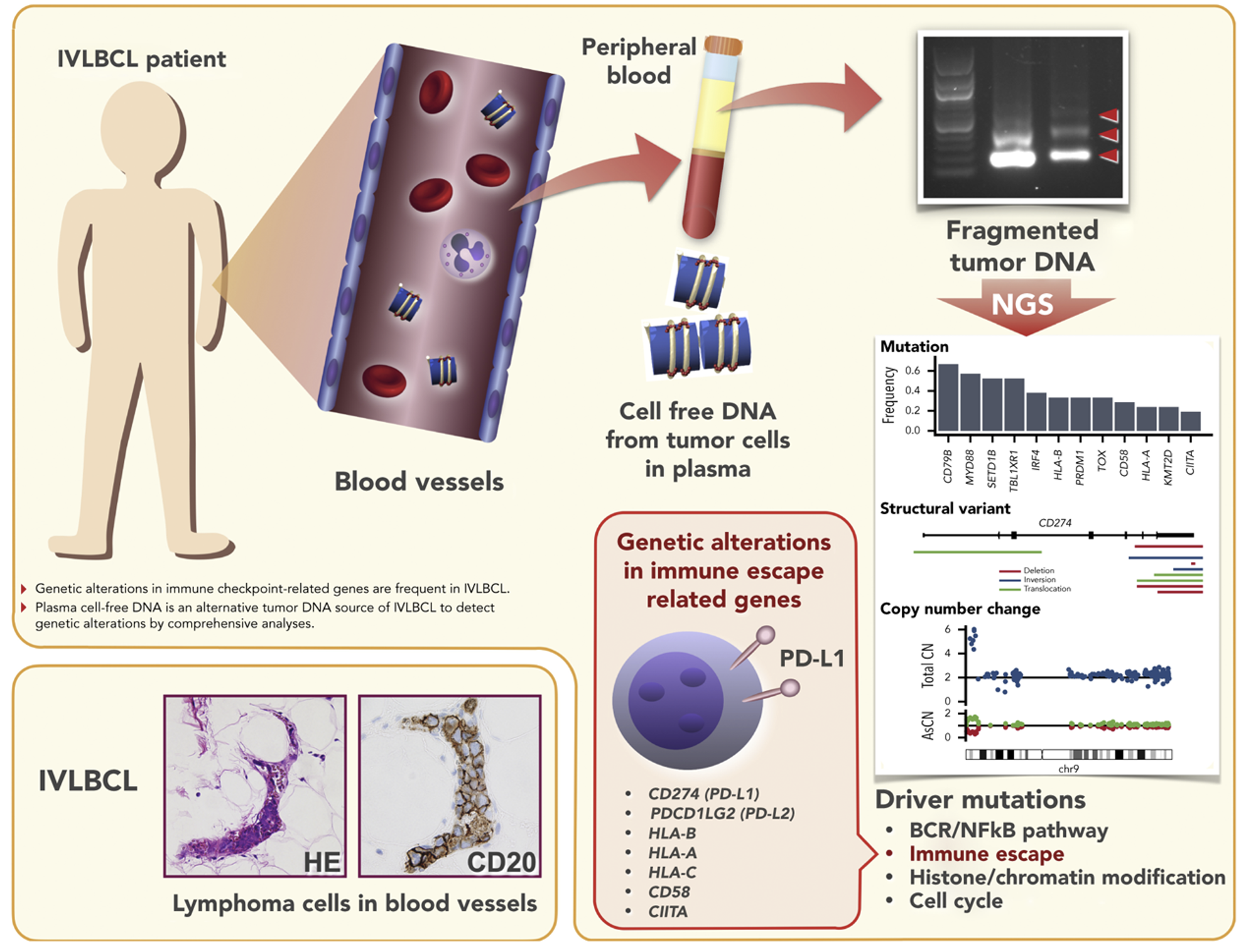 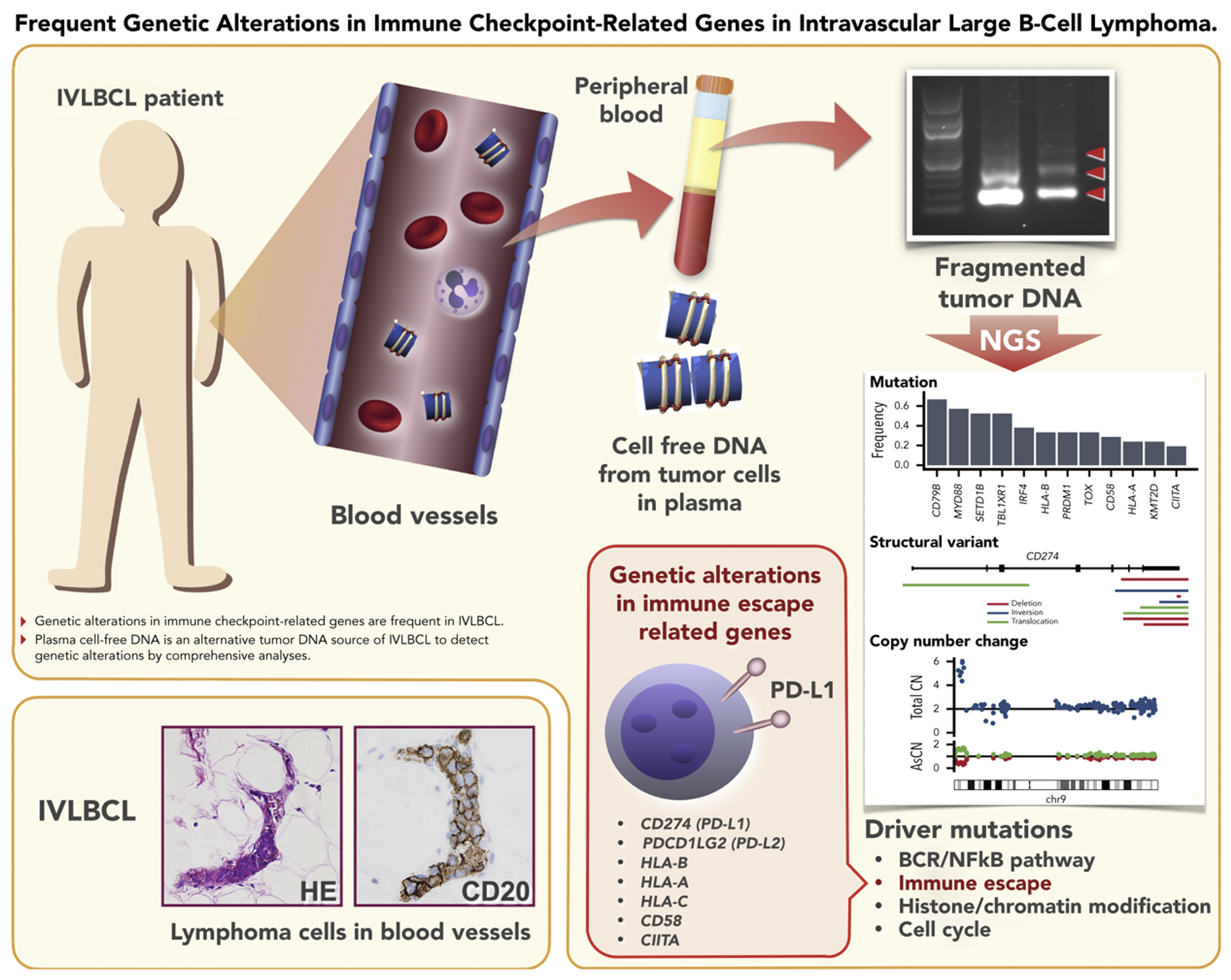 Lymphoma is a cancer that affects white blood cells, which usually help the body to fight disease. This type of cancer can often spread rapidly through the body’s lymphatic system to different tissues and organs. Doctors have been recently become aware of a rare kind of lymphoma, called intravascular large-B-cell lymphoma (IVLBCL) that hides as tumors inside small blood vessels of the body. This has posed a serious challenge for doctors trying to diagnose it. The tumors are so well buried in the body that regular blood tests and biopsy specimens from patients usually pick up very few cells that might give doctors a sign of the cancer.

Now an extensive collaboration among Japanese universities and hospitals, led by Kyoto University, Fujita Health University and Nagoya University, has found a way of rapidly screening for this cancer from a simple blood test. They show that a large amount of free DNA floats in the blood, pointing to the existence of tumor cell-derived DNA. Their findings were reported in the journal Blood.

Corresponding author, Seishi Ogawa from Kyoto University says, “As with any cancer, early and accurate diagnosis with appropriate treatment can mean the difference between life and death. Diagnosing IVLBCL is particularly difficult and can be drawn out because of the repeated painful biopsies necessary to actually catch these tumor cells. We thought that this kind of cancer might produce large amounts of cell-free DNA, suggesting that we might be able to screen for it by ‘liquid biopsy’ of blood plasma.”

The team’s study included 21 patients who were newly diagnosed with IVLBCL. Samples of their bone marrow were collected and genetic analysis then confirmed the presence of mutated tumor cells associated with this rare kind of lymphoma.

Genetic analysis of the material from these different sources revealed almost identical genetic profiles, which verified that the cfDNA was derived from the tumors.

This extra genetic material provided by the cfDNA also allowed the team to perform a more extensive genetic analysis and pinpoint the exact abnormalities that lead to the cancer. Finally, they found that IVLBCL is similar to another cancer, called diffuse large B-cell lymphoma but with one important difference. IVLBCL has a structural variant of a set of genes called PD-L1 and PD-L2, which code for proteins that stop part of the immune system from attacking.

These structural variants are part of what helps this cancer go unnoticed, even by the body’s own defenses. But knowing this weakness could also provide a route to new treatments. Ogawa says, “We have shown that liquid biopsy can be used as a means to assist the diagnosis of IVLBCL. This has also provided us with more material to comprehensively study the details of genetic abnormalities associated with IVLBCL. I expect that these findings will lead to both better medical care and diagnosis of patients in the future and potentially spur the development of new treatments.”