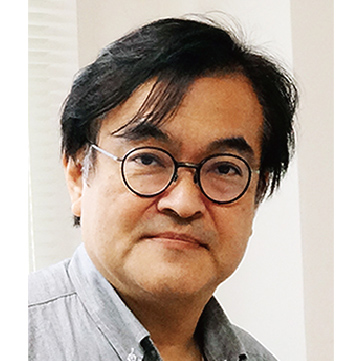 Motor systems are developed for individual animal species to best fit their living environment. We are studying the neural circuits controlling the fine motor skills, which are especially developed in higher primates, that is, dexterous hand movements and saccadic eye movements  using non-human primate model. We also study the cognitive functions related to the control of these movements, such as attention and motivation, and also the mechanism of functional recovery after injury of the neural systems. First, dexterous hand movements, the ability to independently control individual fingers, are specially developed in higher primates and considered to be based on the interplay between the evolutionally novel pathway, that is the direct connection from the motor cortex to spinal motor neurons, and other old descending motor pathways, originating from the brain stem and spinal cord. We are studying how these parallel systems are coordinated with each other. We are also studying how the evolutionally old systems can compensate for the impaired function of the new systems in case of brain and spinal cord injury. Second, saccadic eye movements are normally controlled by visual inputs through the visual cortex. However, it is known that after damage to the visual cortex, saccadic eye movements can recover, however, without conscious perception of the objects, the phenomenon called “blindsight”. We have clarified that blindsight is supported by phylogenetically old visual systems centered on the superior colliculus in the midbrain. We are studying the large-scaled network underlying blindsight and how kind of functions are preserved and impaired and state of consciousness in blindsight. In ASHBi, on top of these preceding studies, we will try to elucidate the genetic basis of the evolution of these motor systems using single cell RNA-seq of homologous neurons in rodents and primates, and generating and analyzing the knock-down macaque monkeys by genome editing of the key genes for the evolution. 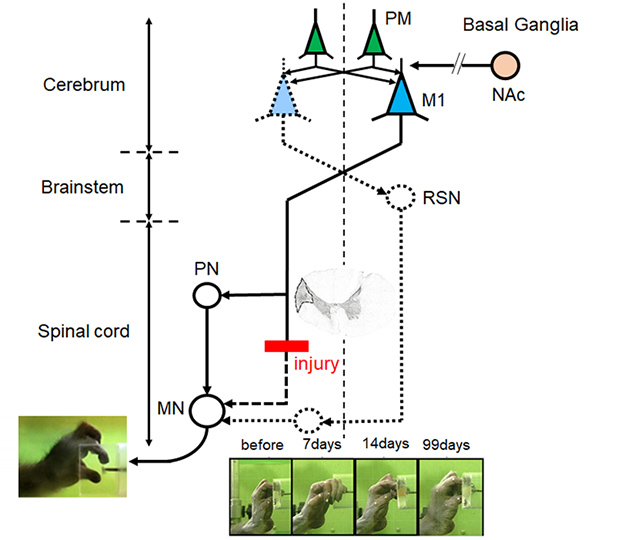 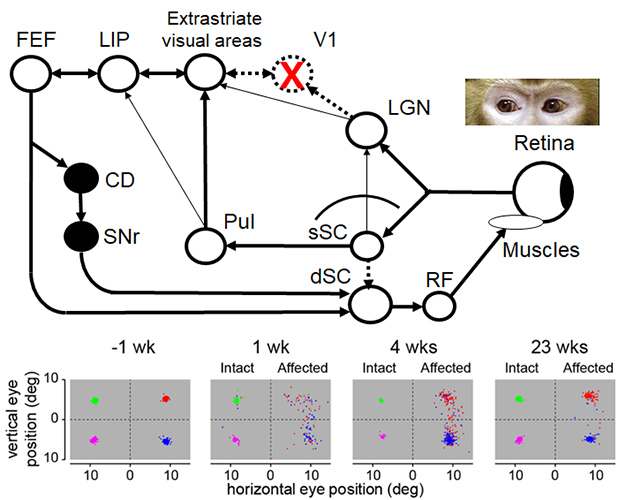