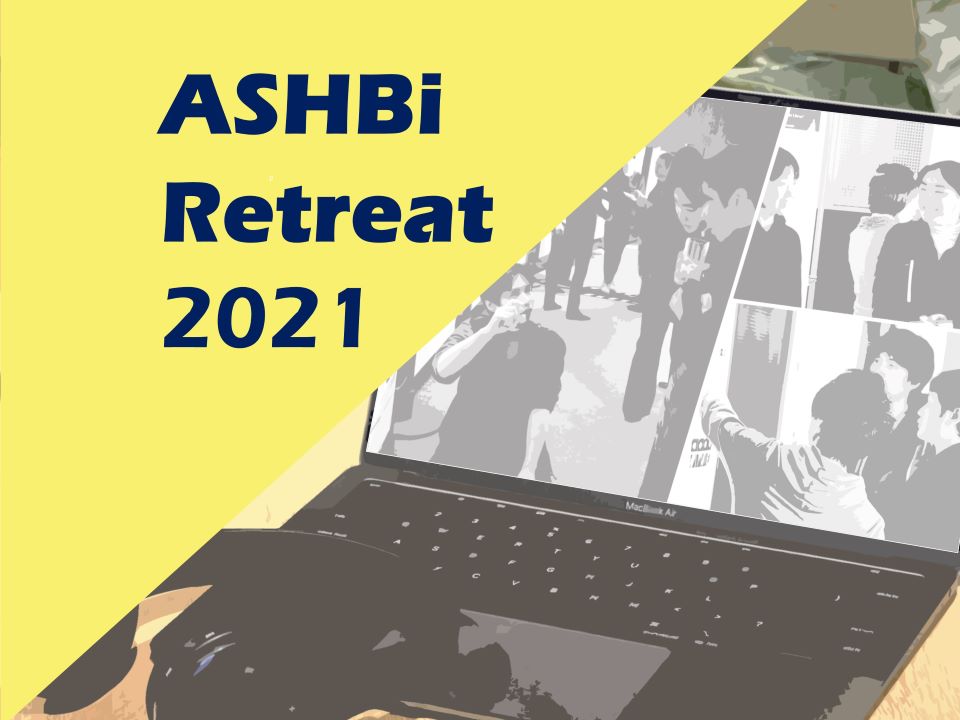 A total of 93 researchers and students participated in the second retreat held by ASHBi.

As a part of the ASHBi Retreat, the 2nd Workshop on ASHBi Fusion Research Grant was held in the morning, and 7 presenters from each fusion research groups reported the progress of their fusion research in FY2020.

The afternoon was the Poster session where 36 poster presenters gave flash talks followed by active discussions between presenters and participants in the breakout rooms.

The research networking session was also held after the poster session, and researchers and students deepened their discussion at the Spatial Chat. 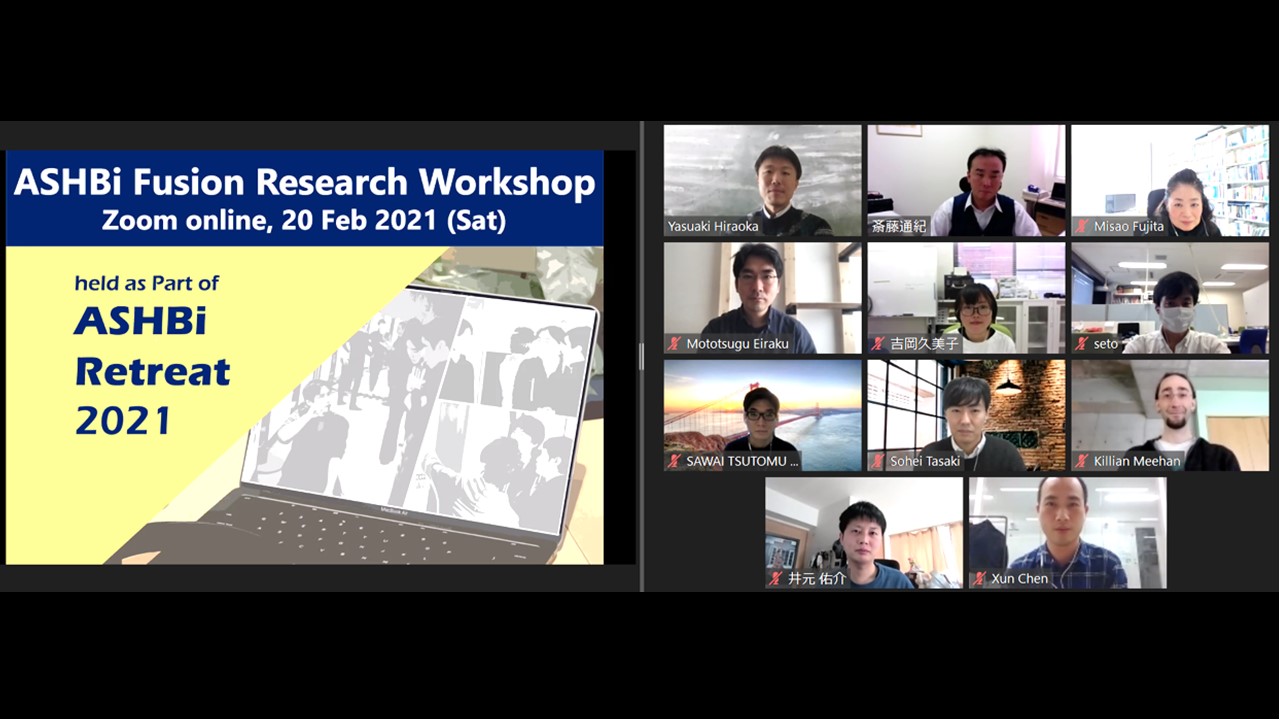 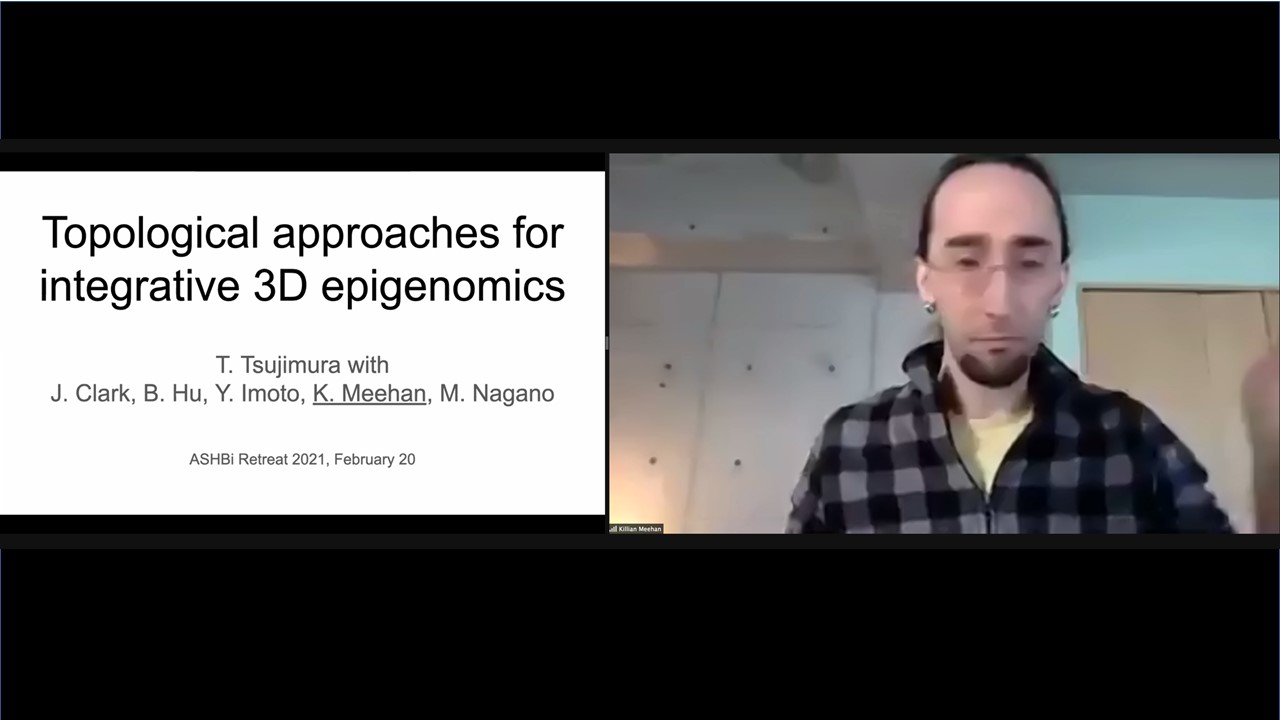 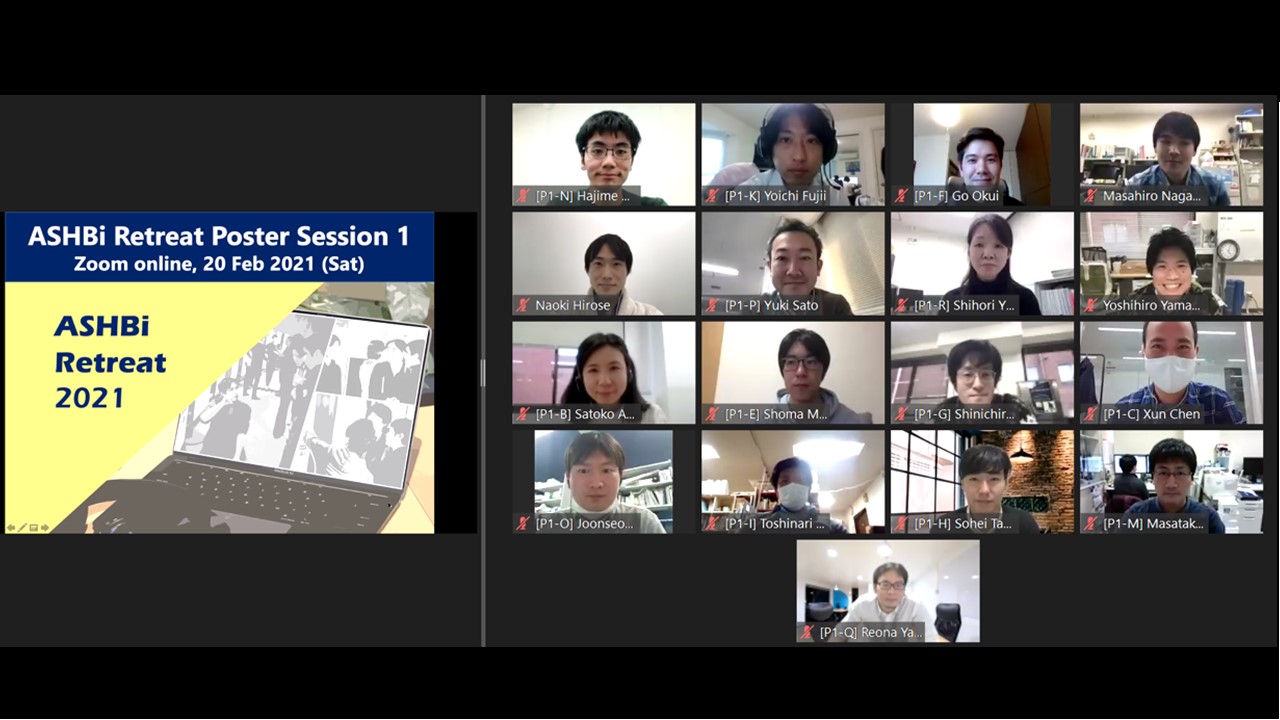 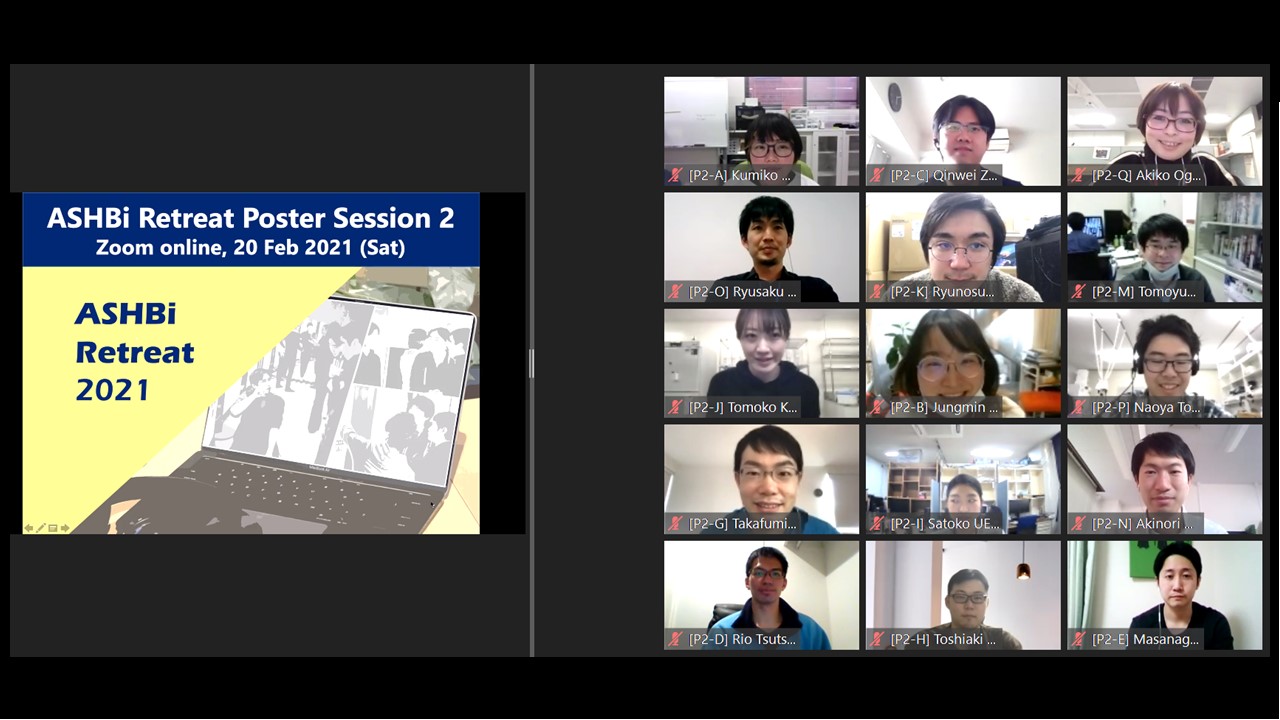 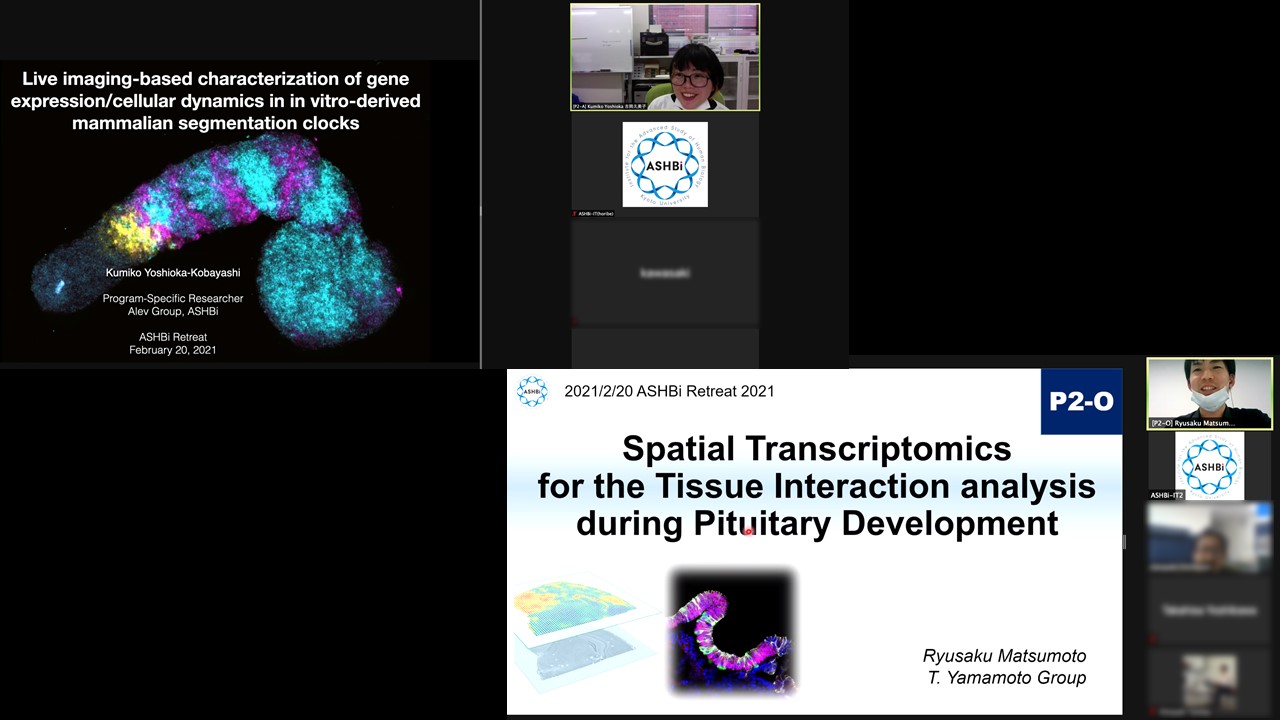 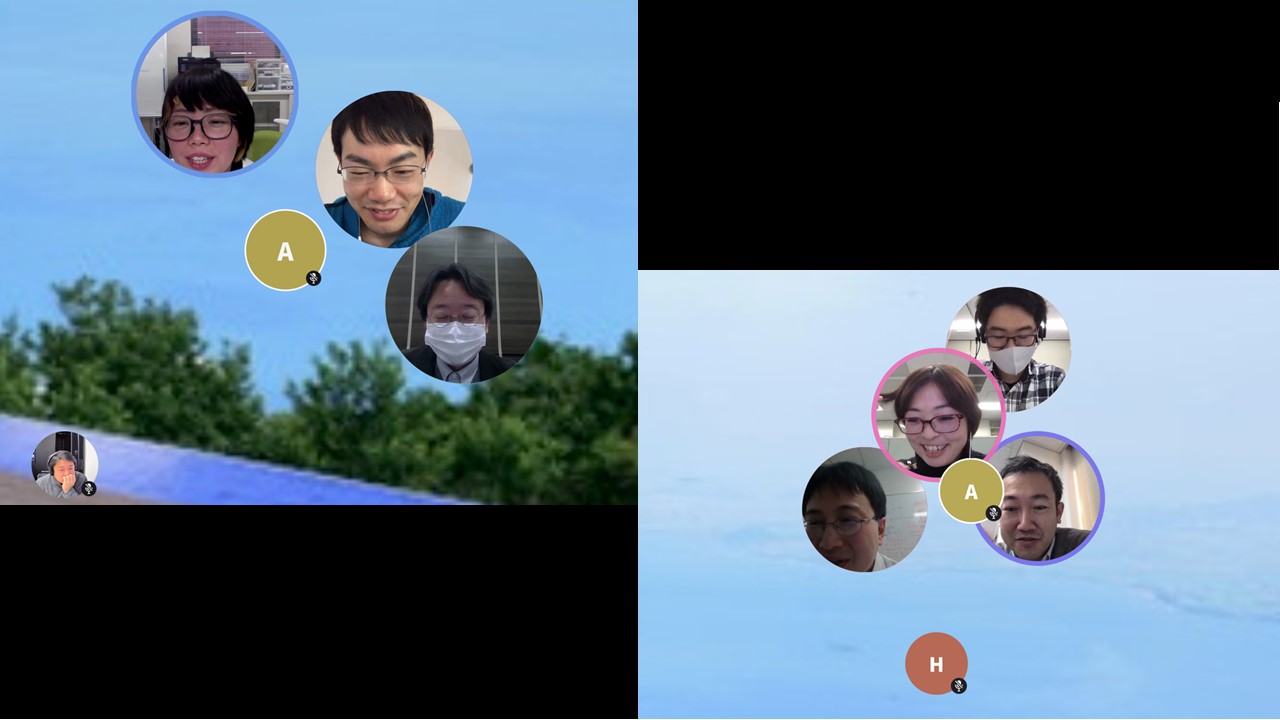 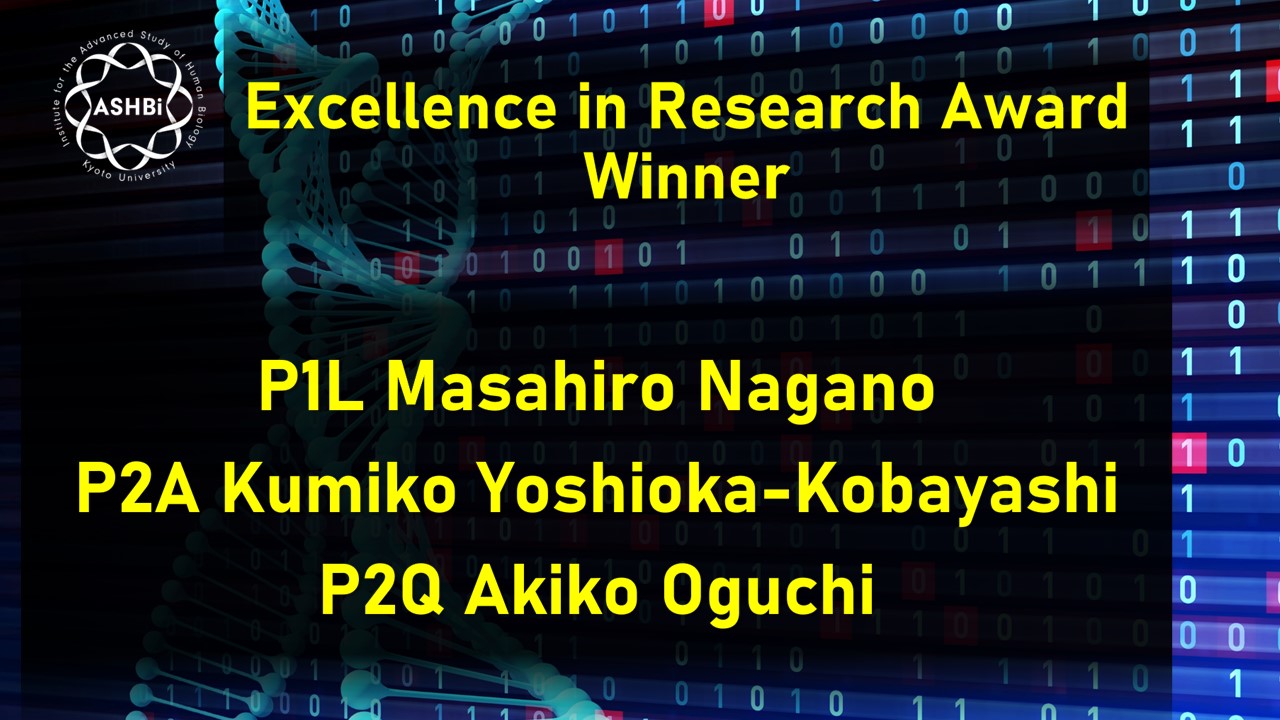 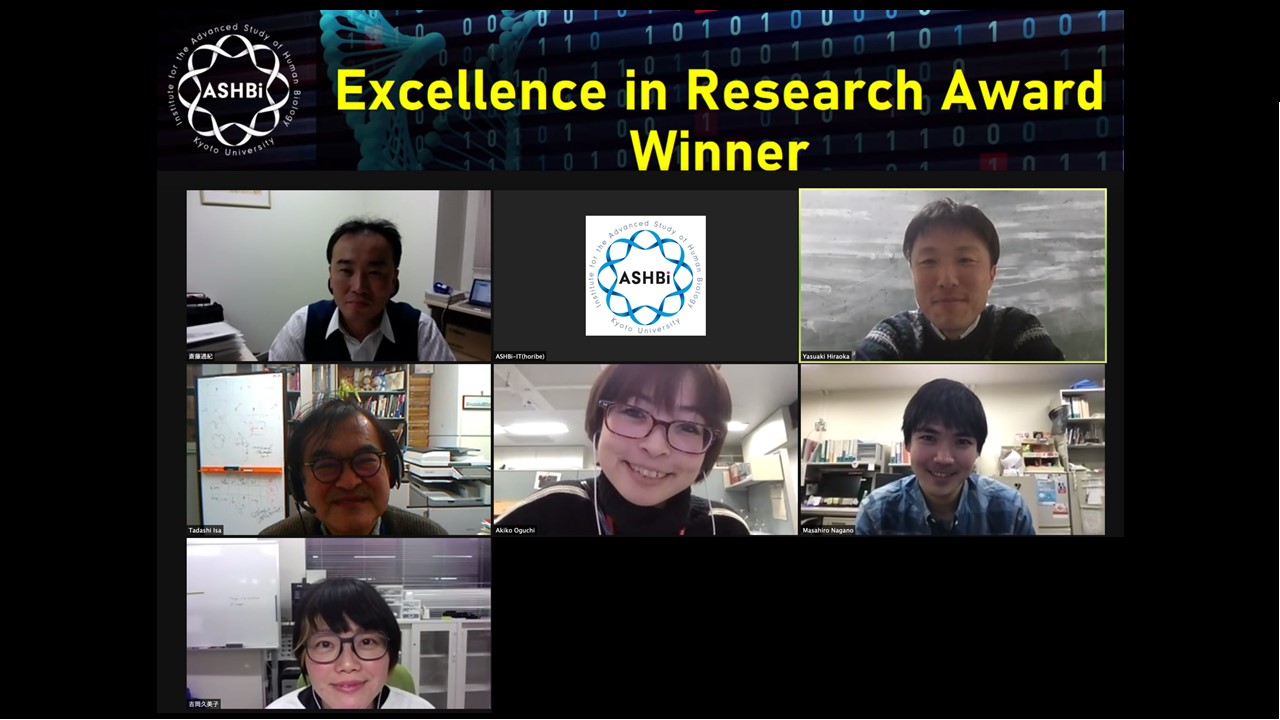