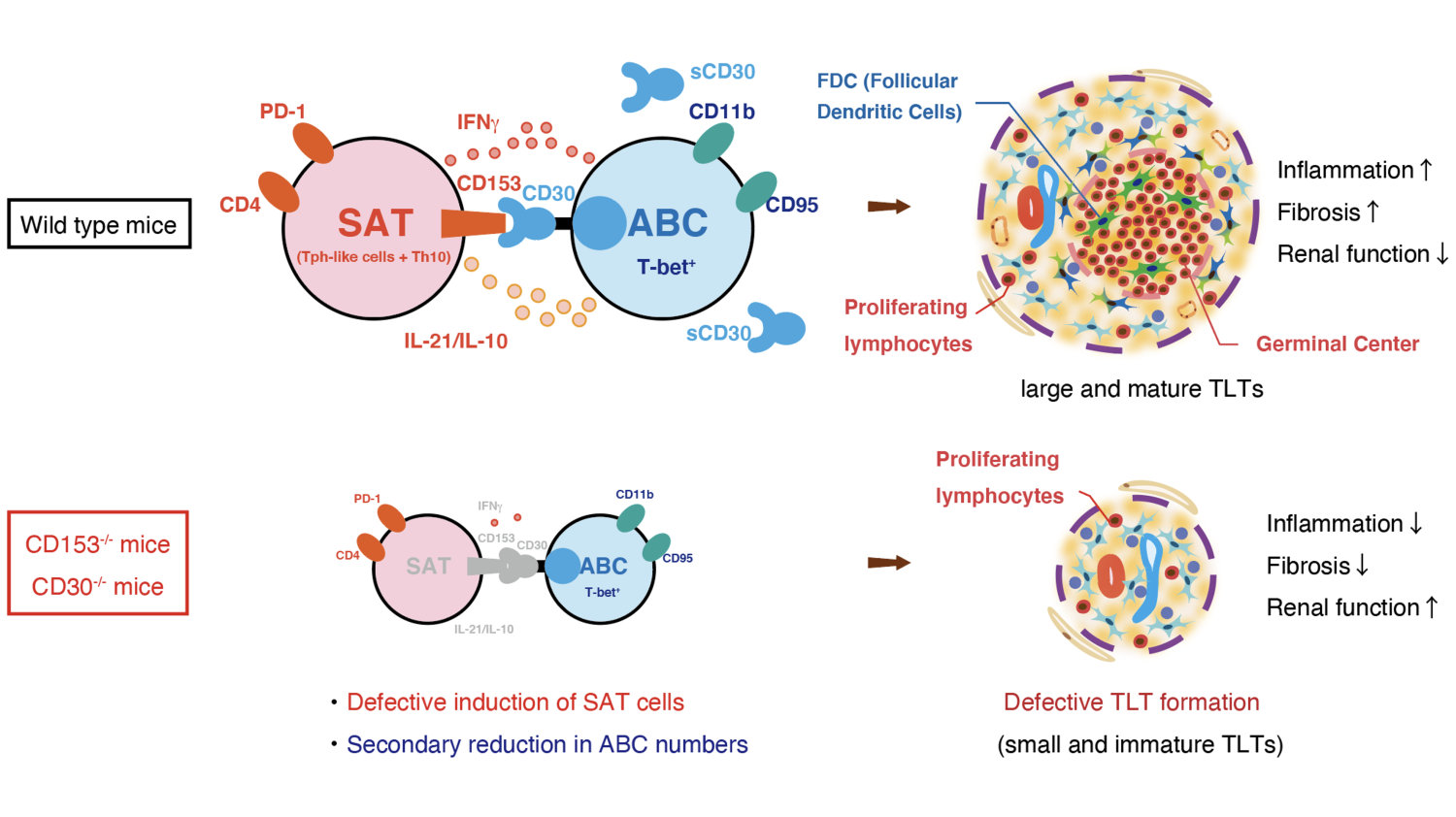 “We assumed that tertiary lymphoid tissues contribute to the progression of kidney injury,” she said. “What we don’t know is the signaling pathways that govern immune cell interactions.”

The immune system responds to infection or injury. However, even in healthy individuals, natural aging affects the function and composition of immune cells, which can lead to a series of diseases commonly seen in the elderly, such as cancer, infections and autoimmunity.

In the study, Yanagita and her colleagues searched for specific immune cells that showed noticeable changes between older mice with healthy and damaged kidneys. They found two specific cell types, senescence-associated T cells (SAT) cells and age-associated B cells (ABCs), continuously accumulated with the formation of tertiary lymphoid tissues in aged mice with injured kidney.

TNF superfamily members are well known in the scientific community for their involvement in the development of lymphoid tissues. CD153 and CD30 are two molecules expressed on the surfaces of SAT cells and ABCs and allow the two cells to communicate with one another. In fact, among the different immune cells examined in the injured mouse kidney, CD153 and CD30 were almost exclusively found on SAT cells and ABCs.

An examination of human kidney samples also found that the expression of CD153 and CD30 was higher in immune cells located in tertiary lymphoid tissues.

Noting that tertiary lymphoid tissues are commonly seen with acute kidney injury in mice and humans, Yanagita believes that the findings should be considered for drug discovery.

“The role of CD153 and CD30 in the development of tertiary lymphoid tissues was never appreciated. It could make a promising therapeutic target for kidney treatment in the elderly,” she said.